Who Was Sadhu Chetan Das? Sadhu Found Dead In Hut In Rajasthan Hanumangarh 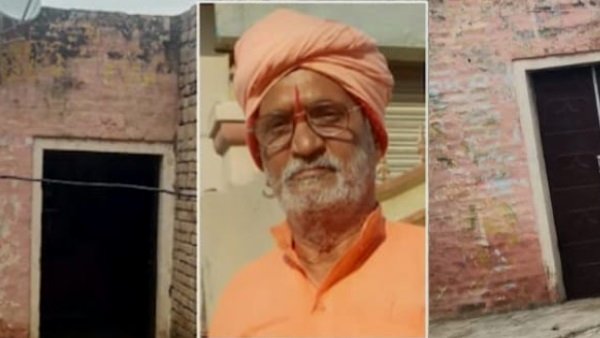 We are reporting a shocking piece of news where Sadhu Chetan Das was killed in Rajasthan. According to reports, he was murdered in the Sangaria police station of the Hanumangarh district of Rajasthan. Witnesses told the officials that they found his lifeless body at the door of the hut in the early hours of Wednesday, August 17, 2022. Let us add that the Sadhu had been living there for several years and his murder has shaken the villagers to the core. Find out all the details related to the matter in the article below.

Talking about the incident, Sangaria Police said that Sadhu Chetan das had been living in Bhakrawali village for around 25 years. As mentioned, his dead body was discovered outside the hut on Wednesday morning. The villagers also found several injuries on the Sadhu’s lifeless body that indicated that he has been murdered. Besides, blood was splattered around the body as well. Soon, the officials were informed about the incident. It is believed that some unknown assailants have killed the monk. However, it has not been confirmed at this moment. As the investigation is ongoing, not much information about the same has not been shared.

Who Was Sadhu Chetan Das?

The villagers said that Sadhu Chetan Das was a resident of Punjab and had been living in the village for a long time. Since he was living alone in his hut, the villagers gave him food on a regular basis. Currently, the police have kept the dead body in the mortuary of the local hospital. Postmortem reports will reveal the cause of death and whether he was murdered or not. However, the injuries on his body clearly indicate that it was nothing but murder. After receiving the information about the murder of Chetan Das, Sangaria DSP Prateek Mail, and officer Hanumantaram Bishnoi reached the location.

The officials soon started their investigation into the case and questioned the villagers about the late Sadhu. The villagers told them that Chetan Das had no dispute or fight with anyone and that he was on good terms with the people of the village and lived in his own hut. The villagers further added that they visited his hut daily to give him food and other necessary stuff. At present, the authorities have kept Sadhu’s dead body in the Sangaria Hospital mortuary. Not much information about the matter has come to the front yet so we do not have much data.