Who Is Ashley Holt Partner, Aric Laferriere? His Age, Job 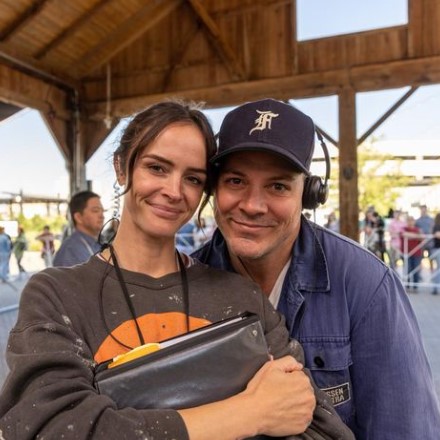 Bake Squad star Ashely Holt is in love with TV producer Aric Laferriere. With season 2 of Bake Squad kicking off in January 2022, Ashley’s love life is different than it was in the show’s first season premiere. Learn more about the couple’s relationship.

Here, we cover his age, job, hometown and more.

On April 18, 2022, Ashley wrote on her IG: “What a wonderful weekend to celebrate a year with my love ✨ Life is so unexpected and constantly amazes me. I am eternally grateful to you Ali  Ke, I love you forever. 💕Happy 1st Anniversary my love xx.”

Ashely first introduced her boyfriend in October 2021. She posted photos of their weekend on her IG. The dating couple celebrated their Christmas in Maine that year. In January 2022, Ashley declared, “When I caught you, I caught the keeper” 🎣✨💕😋 @ariclaferriere”

Meanwhile, Aric also posted a pick of the couple while working, captioning it, “Work Wife” 😉 🎬. He also featured several of her other posts on his IG.

Later in September 2022, Ashley proudly announced that her boyfriend had been nominated for an Emmy. She declared, “Oh just celebrating my Emmy nominated model boyfriend 😋🥰 Congratulations to all the nominees and all the winners!! This is the coolest +1 experience ever.”

Ashley Holt previously lived in the Louisville area due to a relationship with a man. He was her ex-husband, Bryan Whiteman, who was touring with Avenged Sevenfold as a guitar technician. Ashley and Bryan list their wedding date as March 25, 2012 on registry.theknot.com. According to some photos on Pinterest, the couple got married on May 26, 2013 in Clark County, Indiana, USA. But Ashley and her ex-husband don’t appear to have been married for very long.

Ashely Holt subsequently dated Greg Solometo. But they are together until August 2021. He has a BA in European History from Emory University. Lehman Brothers, Deutsche Bank, PaineWebber, Inc. and Structured Credit Finance are just some of the organizations he has worked for.

Greg, who co-founded Alliance Homecare, has held the role of Chief Financial Officer since August 2009.

No, Ashley Holt and Aric Laferriere do not have children together. Ashley, however, is the mother of a daughter, Chloe. In December 2017, she announced the news of a newborn on her social media profiles. Chloe was born on May 14, 2018, the opposite of Ashely’s due date. In May 2022, she will be 4 years old.

No, Aric Laferriere and Ashley Holt are not married as of this writing.

Where is Aric Laferriere from?

According to Aric Laferriere’s IMDB, he is a producer and director of television shows.Some of the shows he has authored include Fixer Upper: Welcome Home (2021), house of clues (2003), and Star Maker (2009).

In addition to this, Aric has worked as an Executive Producer on several notable shows such as First Time Fixer, Magnolia Table with Joanna Gaines, In The Kitchen with Abner and Amanda, Rock the Troops, Taraji’s White Hot Holidays, Punk’d, Paranormal challenges

Per Aric’s LinkedIn, he has been Vice President of Content and Development at Magnolia since August 2019. In 2019, he spent nearly five months as executive producer/director at Jupiter Entertainment.

He started his career at Yahoo!as producer Pepsi Smash 100 Concerts 100 DaysFrom 2006 to 2010, he worked as a producer for Mark Burnett Productions (On The Lot, Rockstar: Supernova) and MTV Networks (Celebrity Rap Superstar, Rock The Cradle, America’s Best Dance Team and The Ultimate Parkour Challenge ).He also worked as a producer on NBC Universal chorus.

Additionally, other companies and television networks he has worked for since 2010 include Bottle Rocket Media House, Magilla Entertainment, Lucky 8 TV, Casey Patterson Entertainment, DreamWorksTV, Unrealistic Ideas, and The History Channel.