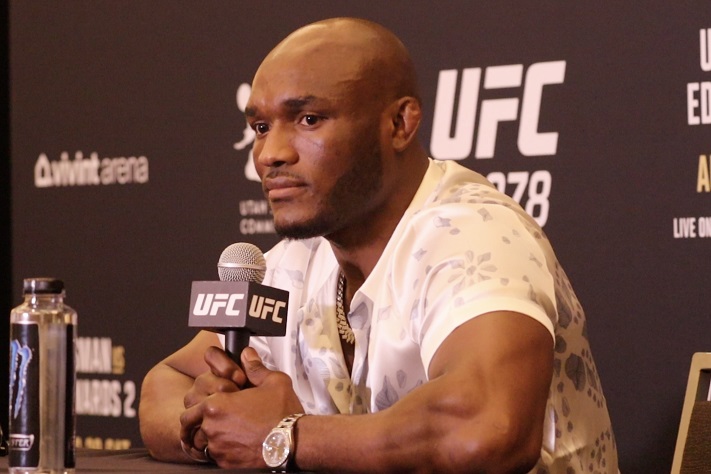 Their first match was a non-championship match in 2015, which Usman won by decision. Neither has lost a fight since that night, and they meet again this Saturday at UFC 278. But while Usman thinks Edwards’ wrestling may have improved, “let’s be honest, be honest: he doesn’t want to wrestle me,” the champion said at media day on Wednesday.

Usman’s wrestling took him far; his striking also came into its own. Now, he’s right behind Georges Saint-Pierre in welterweight greatness, although he still has some title defense to do. Still, for Usman, even in conversation is “surreal.”

“It’s very, very surreal. I think that’s what sets me apart, in my own mind, I know where I am. It’s never enough for me,” Usman said. “When people talk about some of these things, it’s like, ‘Wow, this is awesome’, but in my head, it’s enough that I know what. So it’s one thing, and I’m sure a lot of people in my position feel the same way: when people say “stay humble, stay humble, stay humble.” What? Don’t fucking tell me. I am humble. I know what modesty is. In my own mind, I know what humility is. The reason I continue to excel is that I know what humility is. “