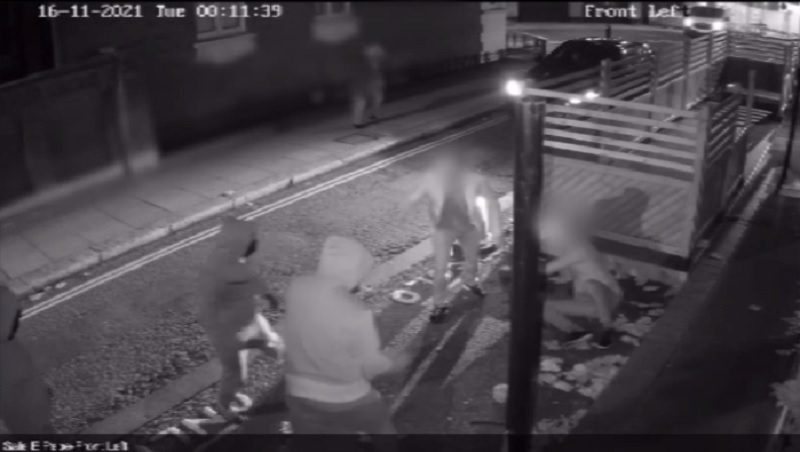 Two men violently rob £100,000 worth of watches A group of tourists from the United States were jailed.

yesterday at Isleworth Crown CourtThomas Lenaghan, 24, of Rylston Road, Fulham, and Ronnie Fitzgerald, 20, of Valence Avenue, Romford, were both sentenced to six years and nine months in prison.

At a hearing on Oct. 5, they all admitted conspiracy to rob, threatening others with a bladed object in a public place, possessing a stun gun and Threatening a person with a stun gun.

John Stovell, 51, of North End Road, West Kensington, was jailed for 18 months and admitted dealing with stolen property and assisting an offender.

DC Robert Rodak, who is in charge of the investigation, said: “This was an appalling and violent robbery which understandably left the victims in shock and felt extremely lucky they did not suffer more serious injuries .

“Everyone should be able to walk our streets unaffected by this type of crime, which is why we are doing everything we can to keep criminals like Lenaghan, Fitzgerald and Stovell off our streets.

“This belief was the result of a concerted effort and our local team, assisted by the expertise of the flight squad, caught the perpetrator.”

Shortly after midnight on November 16, 2021, the trio were walking across Pavilion Road in Chelsea when they were approached by a group of men in black and balaclavas.

One of the victims, a 31-year-old, was pushed to the ground and hit in the back with a stun gun. The suspects surrounded him and demanded that he hand over Rolex watches worth around £100,000.

As he tried to stop the attack, his father was threatened with a knife which sliced ​​through his coat but did not cause harm.

Their friend was also threatened with a stun gun and forced to hand over watches worth around £200.

The suspect then got into a stolen Jaguar F-PACE with fake number plates and sped away.

Detectives from the Met’s Flying Squad analyzed the footage and managed to see a small sticker on the lower right corner of the car’s windshield.

They then contacted a victim whose car was stolen — she told officers their car had a parking permit from her child’s school — and the description matched a sticker on the car used in the robbery.

Police pinpointed the car’s location and found it, with CCTV showing footage of the robbers meeting without masks.

Their mugshots were circulated and led to the identification of Lenaghan, Stovell and Fitzgerald.

The car was found in a car park on North End Road and forensic examinations linked the individuals to the vehicle.

Above: CCTV captured the moment the gang (left) surrounded the victim on Pavilion Road in Chelsea (Image: The Metropolitan Museum of Art)