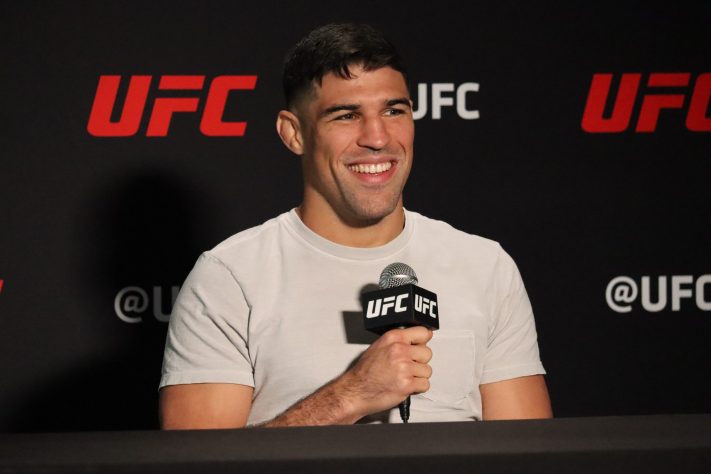 LAS VEGAS, Nevada — Like many of us, UFC Vegas 59 welterweight Vicente Luke is eager to see Nate Diaz return to the ring next month.

Luke (21-8-1) has wanted to fight Diaz himself, and has fought for it in the past. But with one fight left on the Stockton native’s contract, the promotion option matches him with breakout star Khamzat Chimaev at UFC 279.

Luque thinks Chimaev is the favorite of the game, “but man, Nate is going to complicate things. If he can get through the first two rounds, he’s not tired. Nate is never tired. So he can bring pressure. , complicates the game against Chimayev. So I’m definitely excited about that.”

As far as his own career goes, Luke was quick to get out of his recent loss to Berard Mohamed, he said this week. “I left it right after the game, and in a sense there was nothing I could do about that fight. That’s it. But a lot of classes, I watched a lot. Mostly about myself.”

In terms of areas of work identified by Luque, “I just don’t feel like I’m as aggressive as I used to be. I should be more. Also support for Berard, he’s got the right strategy and he’s doing the right thing. But I feel I could have done something different, but I didn’t.”

“I know I’m developing, I know I’m getting to the top. It’s just a few tweaks and that’s what we’ve done,” Luke added.

“I didn’t stray here. I came here to work hard and fight the way I fought. That’s what I feel like I missed a little bit in the last game and that’s what I want to get back.”