Tyson Nam Believes He Arrived in UFC At the Right Time 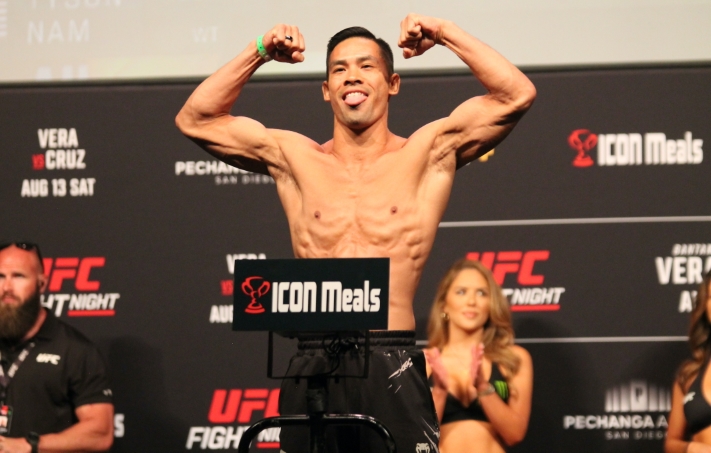 Flyweight Tyson South is back in the Octagon this weekend at UFC San Diego, nearly a year and a half since his last fight.

Nam arrived at the UFC in 2019 after a lengthy career on the regional circuit, where he is 2-3 so far. His last game was a near-split decision against Matt Schnell. Schnell has had considerable success while Nam has been idle. However, it wasn’t frustrating for him.

“Never frustrated. It was a close fight, it was a good fight. It always seemed like these guys I fought and they always seemed to do better,” Nam told The Top Turtle Podcast on Cageside Press recently. . “Sergio Pettis, Kai Cara-Francis, Matt Schnell, they seem to be doing well. I feel like I’m long overdue.”

Nam’s long road to the UFC has not lost many observers, with various obstacles preventing him from getting there sooner.

“It’s always either a contract dispute, or the right place, the right time, a bunch of stuff. I got into a Bellator dispute, and then I got stuck fighting in Russia and they wouldn’t let me out,” Nam noted. “It wasn’t until 2019 that I was able to make a name for myself in the UFC.”

That being said, Nam believes his UFC debut came at the right time. “Even though it took me a long way to get here, I really believe now that I’m here at the right time,” he said. “Because I’ve always thought of myself as a late bloomer. It’s everything, whether it’s maturity, or sports, and now it’s mixed martial arts. I really did it, and I still feel like I’m at my peak. I’m in my 30s now. I feel better when I’m older than when I was in my 20s.”

Some of this is achieved through trial and error and knowledge of the sport, Nam added. “I really feel like I came here in 2019 with all this knowledge and not a body that got bumped too much — I didn’t grow up like a bunch of my friends, I learned it at the right time — I really made it to the UFC when I was supposed to.”