Thiago Santos Proud Of Everything He Has Accomplished So Far 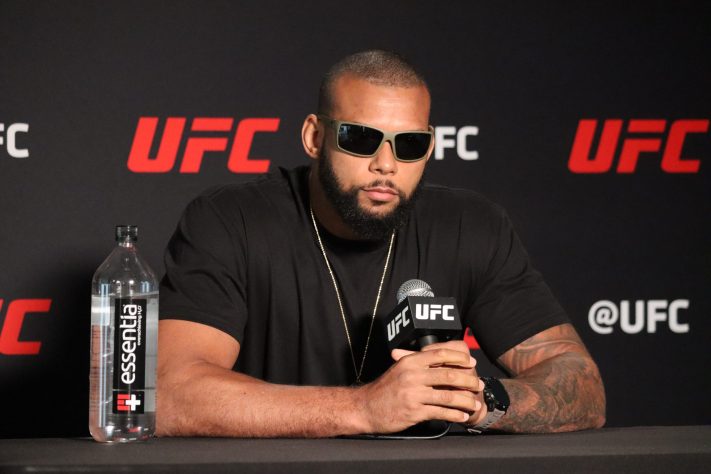 Nine years ago today, Santos made his debut in the Ultimate Fighting Championship. It was UFC 163 in Brazil and he fought Cezar Ferreira on the main card. “Marreta” would lose, eventually committing in 47 seconds.

Santos may have lost his debut, but the Brazilian will go on to have a stellar career and he’s not done yet. He has competed in the main event six times, fighting for the light heavyweight title, and has won five nights of show bonuses.

The 38-year-old is very proud of what he has accomplished on the anniversary of his UFC debut.

Honestly, I’ve always believed in myself. But you know, I grew up in the UFC. I got into the UFC when I was young in MMA. I remember I had, I think there were nine fights or something like that,” Santos told Cageside Press. I got into the UFC and I went through the ups and downs, you know, I learned to lose in the UFC and I also had some lows. I Grow up, I learned, I’m here. I’m one of the best players in the world and I’m proud. I’m still proud of myself. You know, not just fight day, what I do for myself every day Proud. I train hard every day. I’m 38, but I train like a 20-year-old. So I’m proud of myself.”

Santos will face another young contender, Jamahal Hill, at UFC Vegas 59. The Brazilian knew Hill was a tough opponent, but he wanted to see who would be the last man standing.

Watch the rest of Thiago Santos’ UFC Vegas 59 media day above. The event will be held at APEX in Las Vegas, Nevada on Saturday, August 6th.