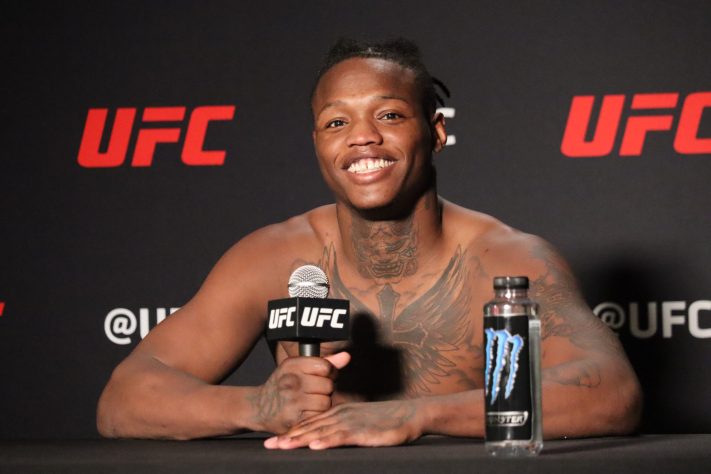 LAS VEGAS, Nevada — Terrance McKinney is ready to bring a list of who he wants to fight next on Saturday.

McKinney had another short night at UFC Vegas 59, where he submitted Eric Gonzalez in the first round. That was McKinney’s 15th first-round suspension, and he still maintains a 100 percent completion rate. In fact, “T. Wrecks” has yet to see a four-minute fight in the UFC.

McKinney was proud of his performance as he proved he could take a punch and be shocked.

“This time I showed that I could take a punch, so people saw that I got hit. I knew they were excited about it,” McKinney told Cageside Press in a post-fight interview in UFC Vegas. “Honestly, I’m showing that I’m calmed down and that I’m not being adjusted all the time. I’m showing that I’m growing as a martial artist.”

“Oh, [his punch] Shocked me, but I wouldn’t let it let me down, not at all. I have to show them that I have Drew Dober’s jaw too. “

After the fight, McKinney called Paddy Pimblatt for a showdown at Madison Square Garden during a cage interview. He explained the call to the media.

“Well, just right, man. I think the fans are going to love it. I think it’s about time we clash. You know, it’s just a matter of time,” McKinney said. “Even if it’s not this year, it’s coming, and Paddy and I are going to headline the main event, and it’s going to be a sold-out fight.”

Of course, if “T. Wrecks” doesn’t play Pimblett later this year, there are two other names on his hot list.

“Either Jim Miller or Bobby Green. What’s going on? It would be an honor to fight either of you. You are legends,” McKinney said.

Watch the rest of Terrence McKinney’s post-fight interview at UFC Vegas 59 above.