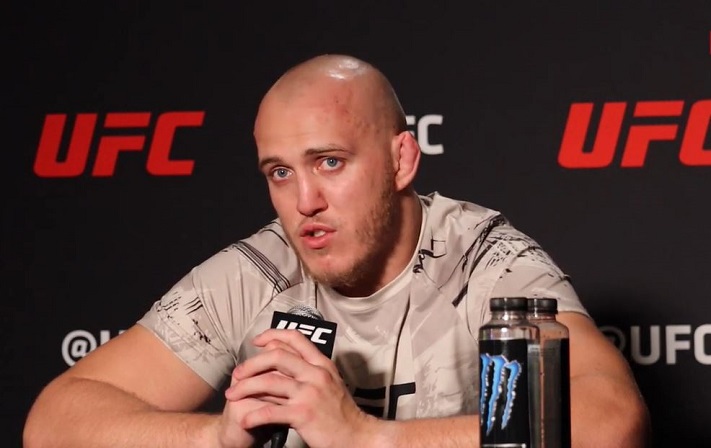 LAS VEGAS, Nevada — After a long and grueling training camp, UFC Vegas 59 heavyweight Sergey Spivac is pleased with the outcome of his fight against Augusto Sakai.

Spivac (15-3) relied on his tackles, especially trips and throws, to put on Sakai until finishing the Brazilian with a ground and thump in the second round. The win improves the Polar Bears to 5-1 in their past six games.

“Being a winner is very important to me. Today is my day,” Spivac told Cageside Press and other outlets after the fight. “I wish Augusto all the best. I’d say I’m not here [as a] nonsense people. I’m a simple guy and I just want the best for my opponents. That’s it. Because I know that these people have families and children that I need to respect. “

The Moldovan fighter is confident he will dominate the fight. “Yeah, because I know, I’m telling you, I had a really, really good training camp,” he explained. “My sparring was like a fight. After this sparring, I went home and my body hurt. I was ready. And now, I feel like I need to fight the top 10 because I feel like I can beat These guys. I just need a good camp. If I have a good camp, I’m ready for everything.”

Spivac traveled to Las Vegas for his most recent combat training camp, which he said was very important. “Here, there are really good gyms. You know who trains here – good fighters.” Although he has no plans to move full-time, Spivac has the opportunity to work with fighters including Ilir Latfi, Ronny Markes and Marcelo Golm Cooperation.

“December. December was a good day for me. I want to go home and rest now and come back for a tough training camp.”