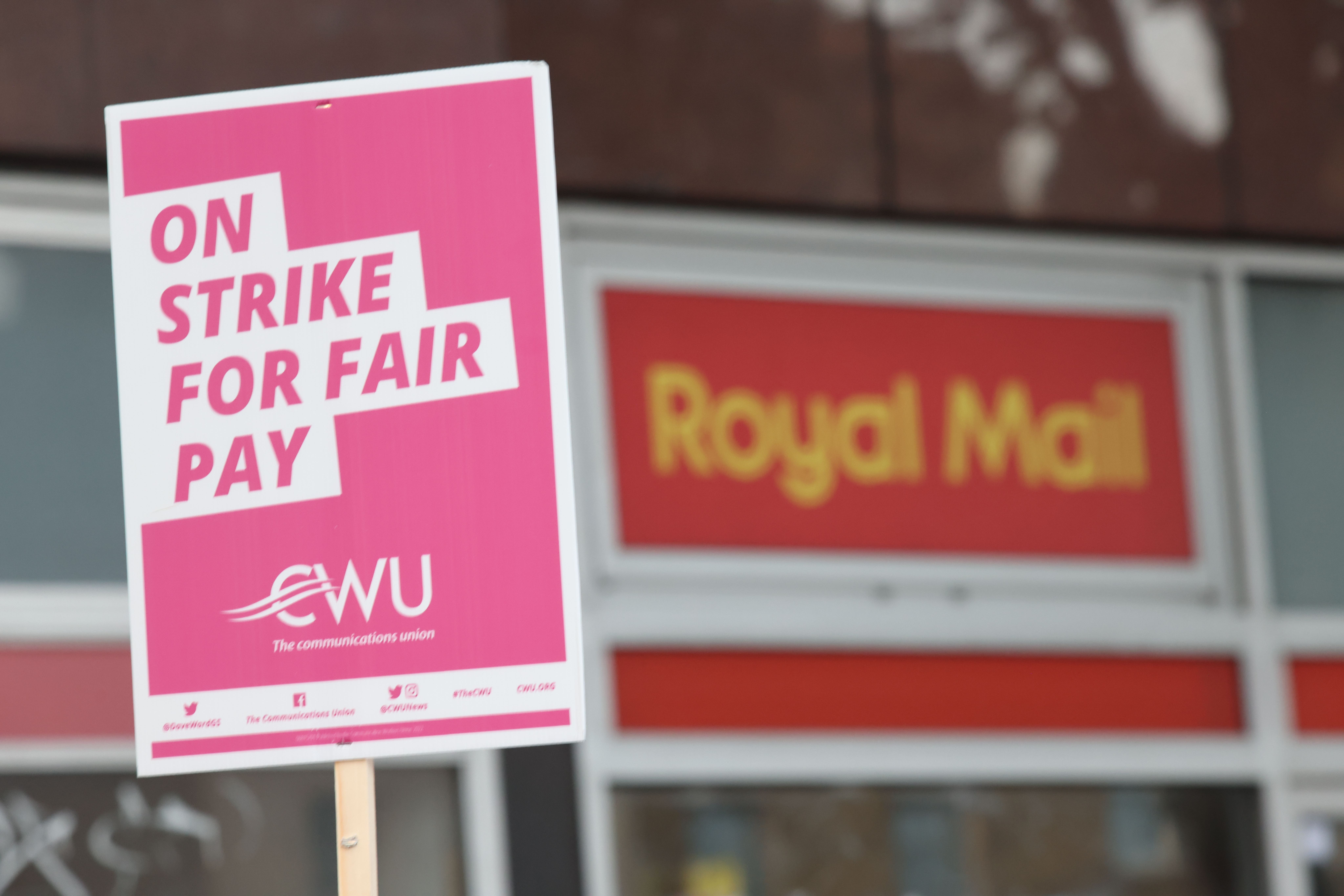 strike To continue on Thursday and Friday after Royal Mail’s final talks with UK Post Communications Union (CWU) ended without a deal.

Royal Mail said it had put forward a “best and final proposal” aimed at resolving the dispute, including a pay increase of up to 9 per cent and a new profit-sharing scheme for staff.

But the CWU said Wednesday that a 48-hour strike involving some 115,000 postal workers would go ahead – calling the pay proposal on Twitter a “surrender document.”

Members have staged a series of strikes in recent weeks amid a wave of planned strikes by transport workers, NHS and public sector workers.

Royal Mail chief executive Simon Thompson said his team had made “a number of improvements and two pay proposals” and said the strike action had cost the company £100m.

He added: “Negotiations involved concessions, but the CWU’s approach appears to be acceptance … We are facing a difficult choice whether to spend money on pay and job protections or spend it on strike costs.”

The company said it committed to not forcing layoffs until spring 2023 at the earliest, offering to make Sunday working voluntary and staggering the introduction of later start and end times.

But the CWU said it wanted to improve the 18-month pay deal, including back wages for all workers and a guarantee that no layoffs would be forced.

The union’s general secretary, Dave Ward, said he was disappointed that Royal Mail had chosen to pursue “such an aggressive strategy” – saying workers could not accept a “devastating blow to their livelihoods” given rising inflation .

Asking for public support during the disruption, he added: “We urge every member of the public to stand with their postmen and support them like never before.”

it’s coming RMT railroad union leader mick lynch Denies being the “Grinch who stole Christmas” as he defends a series of major train strikes planned for the festive period.

Asked about reports portraying him as “The Grinch”, Mr Lynch said: “I’m not the Grinch. I’m a union official and I’m determined to make a deal.”

Transport Secretary Mark Harper is expected to meet Mr Lynch and RMT bosses this week in an effort to get the union to call off disruptive action in December and January.

The RMT announced a series of 48-hour strikes by its Network Rail members and 14 train companies starting December 13-14 and a ban on overtime over Christmas and New Year, which could lead to travel disruption.

“We’ve been reasonable, but it’s impossible to find a negotiated solution when the dead hands of the government preside over these negotiations,” Mr Lynch said.

He claimed the train operator was “sometimes saying different things to different people at the same time”, urging Mr Harper to strike a deal. “This whole process has become a farce that only the new secretary of state can resolve. When I meet him, I will deliver that message.”

Work and Pensions Secretary Melstrade said the fallout from the strike would be “pretty serious”, disrupting “medical appointments” and family reunions over the festive period.

The cabinet minister said unions and Network Rail “should really be more involved and be more active in addressing issues between them”.

Labour’s shadow home secretary Yvette Cooper has called on the government to “get together” and negotiate with rail union chiefs to prevent a strike.

“As part of this, people have the right to quit their jobs and strike, and we will always support the right of people to be able to do that, but ultimately we need a deal and that’s what we’ve been calling for because,” she told BBC Radio 4’s today program.