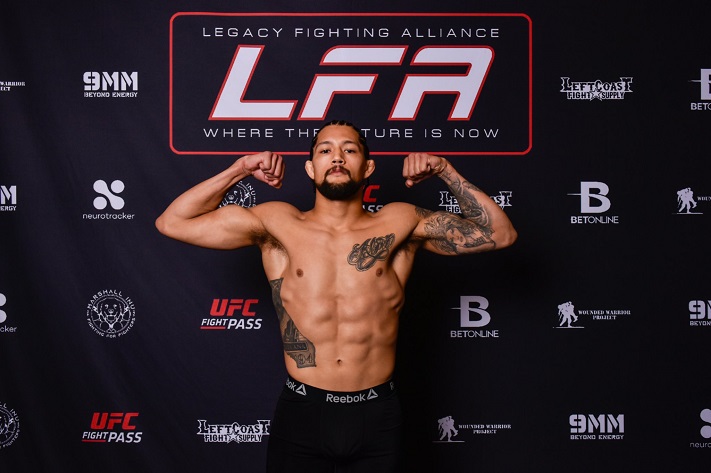 Richie Miranda is looking for a short night for his next game.

The LFA 140 takes off this Friday from Newtown, North Dakota, and will feature a flyweight title fight. Earlier in the night, Miranda (4-0) took on Elijah Harris in an exciting featherweight bout.

Back in April, Miranda had a big win and Devon Dixon had a big win. The California fighter submitted him in the third round and was delighted with his performance that night.

“It was a big fight. In that fight, I actually showed a lot,” Miranda told Cageside Press in a recent interview. “I’ve got to show my strike, my ground, and then my top game, you know, so that shows that I’m a well-rounded fighter. Most importantly, I’ve shown that I’m a finisher, you know, I’m out Yes, I’m done fighting.”

“El Machete” has a 100% completion rate in his career so far — four fights, four finishes. Miranda is looking to continue his finishing style against Harris this Friday.

“I think it’s a good match. I mean, it’s another wrestler; he’s kind of rounded,” Miranda said. “He’s wrestled a lot in the movies I’ve seen, and he’s got his right hand up. I’m ready to fight back and I can fight whatever I want. I know I can get it done and I’ll get it done…  I’m imagining the completion of the first round. But you know, I’m a finisher. So whatever, the second round, the third round, whether I can finish the game or not.”

Watch the rest of our interview with LFA 140’s Richie Miranda.