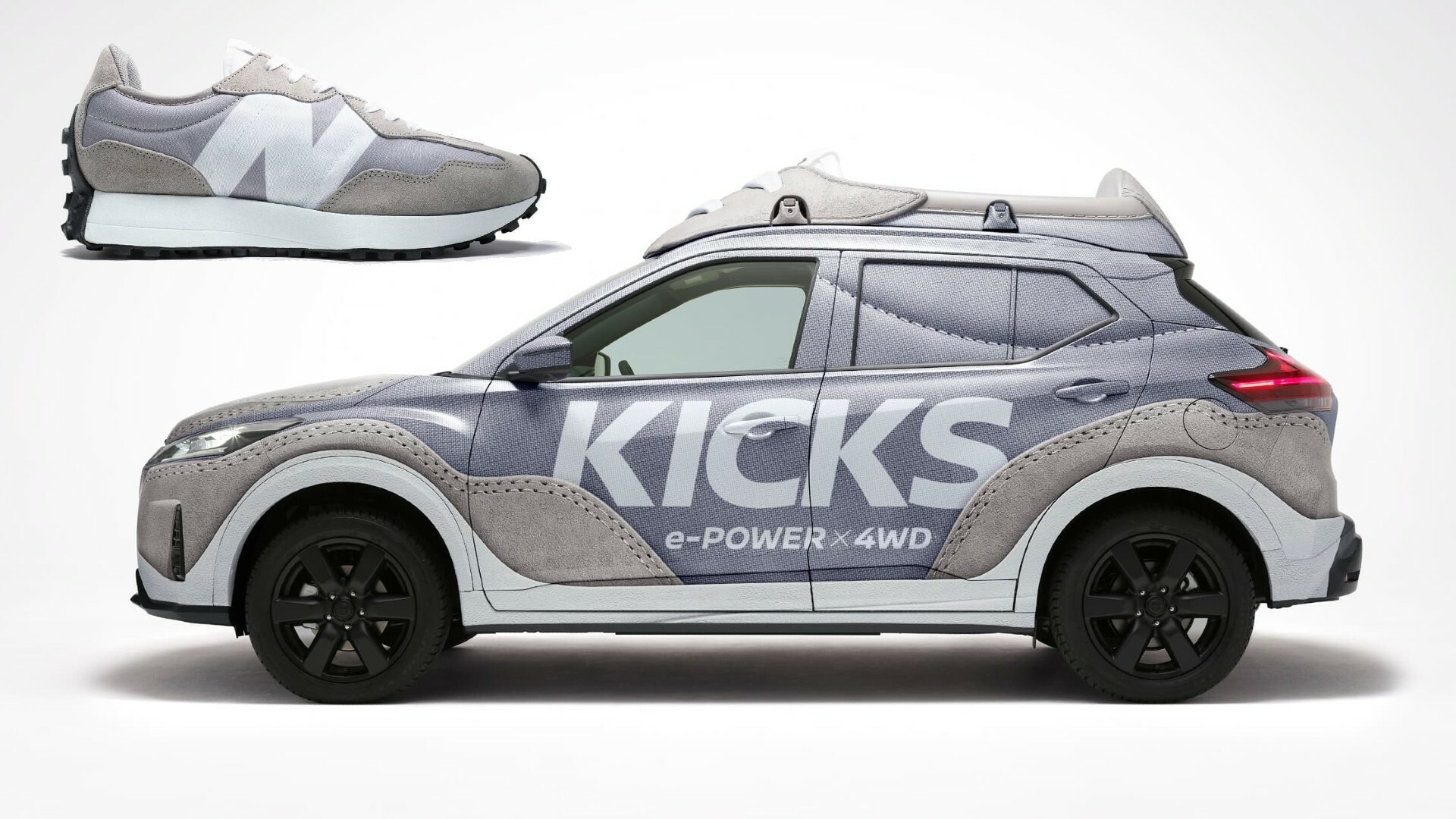 Nissan has teamed up with New Balance to replicate the look of the 327 sneaker on a special electric Kicks SUV to star in a new marketing campaign.

The Nissan Kicks e-Power 4WD is the basis for this project, which is apparently not intended for production. The SUV’s entire body and rear window have been specially wrapped to make it look like an oversized replica of the New Balance 327.

read: Asics is making sneakers out of recycled airbags

If the different textures and stitching on the shoes weren’t enough, Nissan also added laces to the hood and installed custom roof extensions on the SUV’s roof rails. This add-on is the icing on the cake, modeled after the shoe’s upper, leading us to believe a giant foot could slide into the Kick’s compartment.

The Nissan Kicks 327 Edition will still be a one-off, which is sure to frustrate many shoe-themed fans in the process, promoting both the SUV and the sneaker. Whoever snaps a picture of it driving around Japan can post it on Twitter and enter a special contest.The winner will receive the actual JDM spec nissan kick e-Power 4WD.

Nissan A pair of New Balance 327 sneakers will also be given away to some lucky fans who retweet the official tweet. Finally, friends living in Japan can visit the New Balance store in Ginza, Tokyo on January 24 to receive a sticker, which can be exchanged for a free macchiato at Nissan’s Crossing Cafe.