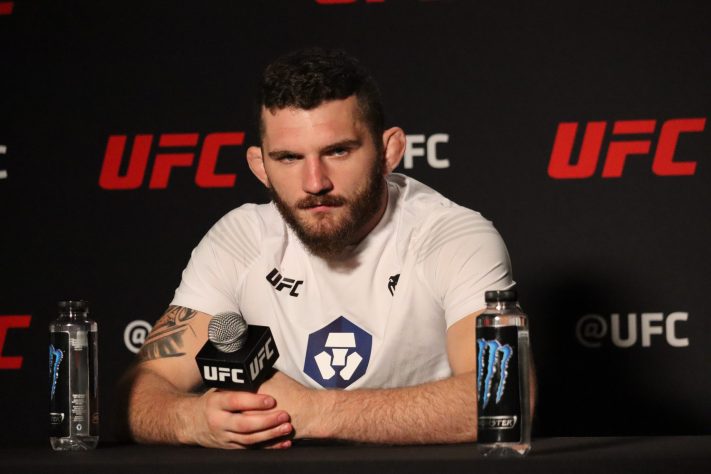 LAS VEGAS, Nevada — After a first-round TKO of Sam Alvey at UFC Vegas 59 Saturday night, middleweight Michal Oleksiejczuk knew what he wanted next.

“I definitely want to play (again) this year. I want to go against Uriah Hall. It’s going to be a great game,” Oleksiejczuk told Cageside Press and others through a translator at a post-match media rally.

On Saturday night, he beat Alvey, who has been in a losing streak since 2018. “Smile’n” Sam remains a fan favorite regardless of his record.

“I’m glad the ending was a bit flashy, so I’m very happy about it. Most importantly, I’m glad the game came so quickly because it’s not easy.”

Oleksiejczuk, who has been with the UFC since 2017, has had his ups and downs during the promotion but has shown tremendous improvement in his fight.

“I have made huge progress in this fight. I am a well-rounded fighter now. Used to be a striker and can now rely on my hitting ability, but today I also proved that I am good at wrestling defense and I don’t panic on the ground , I can fight one aspect of the game in each area,” Oleksiejczuk said.