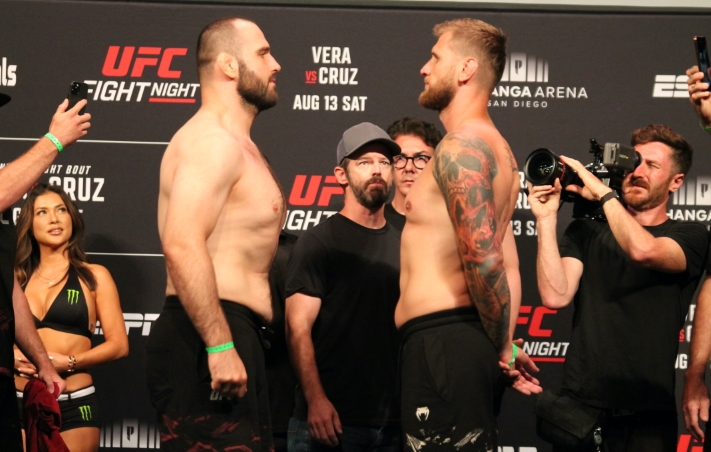 DWCS alumna Brzesky made his debut Saturday as heavyweights Martin Buday and Lukas Brzesky faced off at the UFC San Diego preliminaries card.

Bouday, himself a Contenders series winner, is moving away from a controversial technical decision against Chris Barnett after an illegal blow ended the game early.

The big man met the center cage and was hoisting the heavy leather. Buday succeeded in these brief turmoils. Brzesky’s throw was powerful, but nothing disturbed Boudey. Brzeski did land an overhand right that did make Buday wobbly a bit. Brzesky was quicker and busier mixing with his hands. Bouday asked Brzesky to lean him against the cage several times, but Brzesky never capitalized. The round ended with more output from Brzesky’s side.

In the second round, Brzesky was visibly tired but still throwing. Brzesky started kicking his straight right into the leading leg. Buday succeeded with some heavy kicks but failed to find his range. Brzesky has a great combination of body and head. Instead of hurting Boudai, he became more active. Buday finally came up with a combo and succeeded with a heavy kick. Buday landed more as the round ended, but nothing landed too cleanly.

Going into the final round, Boudai opened with two heavy kicks. Brzesky does a good job of outputting output, even if he doesn’t land everything. Budai’s strikes had a bigger impact, but only threw them one at a time. The crowd cheered Buday’s more output, and he hit some good shots. Buday clearly had more oil in the tank, but still not enough to put in the final bell. Still, he did enough on both scorecards.