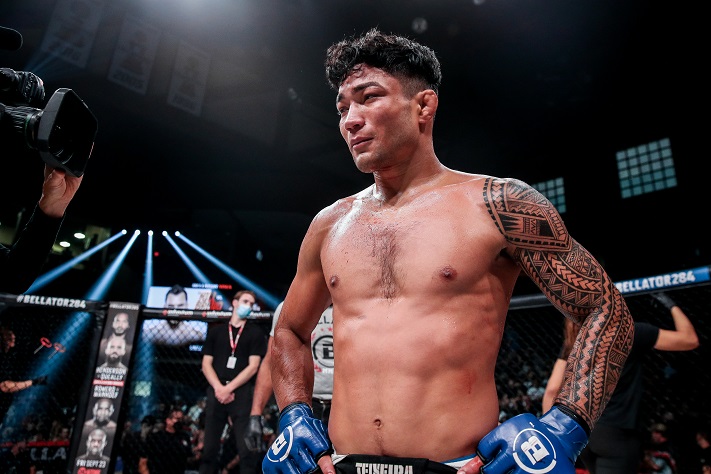 At Bellator 284, Marcos Breno made his debut and defeated Canadian bantamweight Josh Hill.

After the win, Breno (15-2) was visibly emotional, something he spoke openly in his post-match media appearance.

“The reason I was so emotional after the fight was that it just came to my mind, everything I’ve been through over the last few years,” Breno said. “To this day, everything that happened in my career. I won my debut with one of the biggest organizations in the world.”

And then know that he too has seen one of his biggest dreams come true. “I’m Brazilian, and if you’re Brazilian you know how much work it takes to get to this level. When I sat down and I knew I was going to be a part of it, it occurred to me that one of my big dreams became Really.”

Against Hill, Breno took his combat training camp outside of Brazil for the first time, but with Glover Teixeira in Connecticut, Teixeira MMA and fitness Center cooperation.

“Champions teach other champions differently. I believe I’m a champion, I train with champions and I’m inspired by everything they do in the gym,” Breno said of the experience. “It’s very special to me, everything they teach, the way they do things, it keeps me going. That’s what makes me happy to be part of such a great group and such a special group of MMA fighters.”