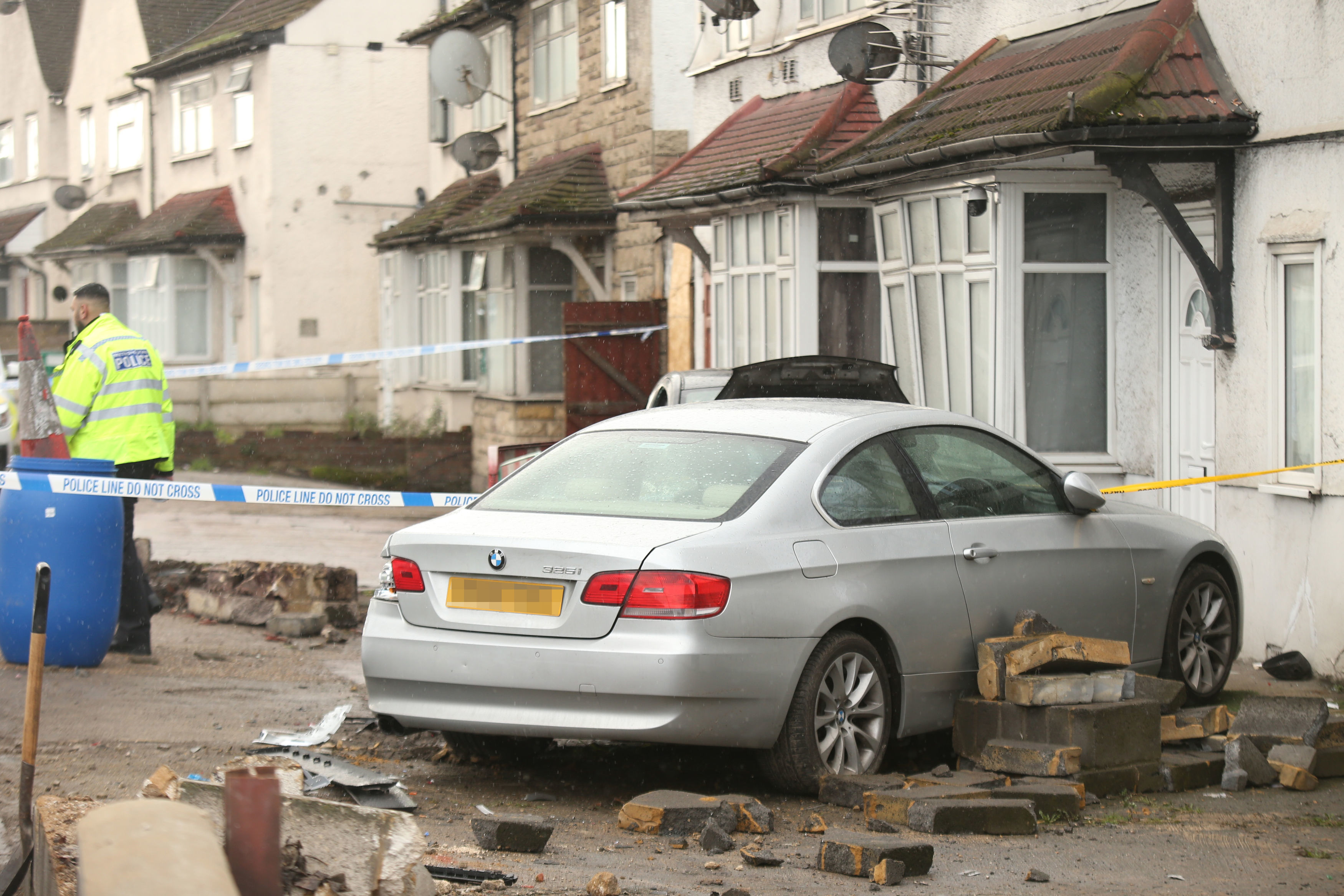 DETECTIVES have launched a probe after a pedestrian was killed when a BMW smashed into a home.

Officers had been referred to as to a property on the A406, North Circular Road, in Neasden at round 10pm final evening.

The pedestrian, a person in his 30s, was pronounced dead on the scene after being hit by the white BMW.

The automobile then smashed into property, inflicting “significant” structural injury to the constructing.

Police are presently making enquiries to hint his family, who’re believed to be abroad.

The driver of the automotive, a person in his 40s, has been arrested on suspicion of inflicting dying by harmful driving.

He was rushed to hospital after the horror smash, however his situation shouldn’t be life threatening.

A passenger in the automotive, a person in his 50s, was additionally rushed to hospital by emergency companies and stays in a life-threatening situation.

A Metropolitan Police spokesman mentioned: “Police had been referred to as at 21:48hrs on Friday, 11 March, to a automotive in collision with a pedestrian and subsequently a home on the eastbound A406 in Neasden.

“The automotive is a white BMW. It collided with a home inflicting vital structural injury.

“Lane closures stay in place on the A406 as work continues to take away the automotive and make sure the constructing is protected.

“Detectives from the Serious Collision Investigation Unit are investigating.”