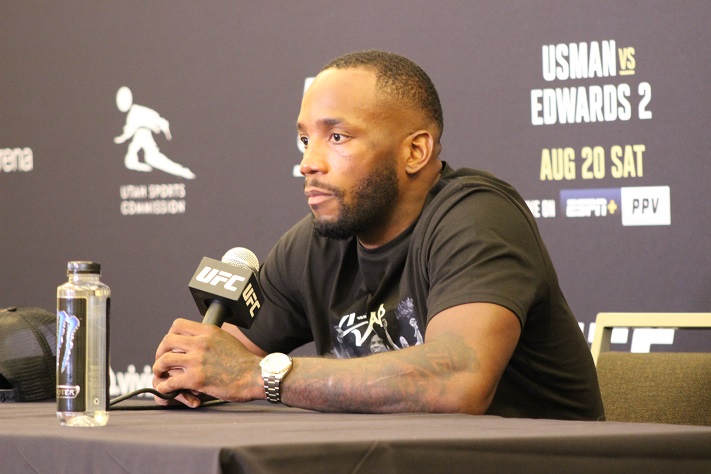 SALT LAKE CITY, Utah — It’s been seven years since he first met Kamaru Usman, and for Leon Edwards, his rematch — this time for the UFC welterweight title — — is a brand new game.

Edwards has not lost since his first meeting with Usman. Neither does the champion. Both have an impressive unbeaten streak in the fight, with many citing Usman’s recently improved striking as a bright spot. However, Edwards still believes he has a significant advantage in the field.

“In hitting, I was just ahead of him. He was a good wrestler, but I was a good mixed martial artist,” Edwards said. “I can put them together. Good jiu-jitsu, good fighting.”

As before Usman’s recent bouts, discussions have sprung up about the champion’s place in the sport and the GOAT (greatest of all time) debate at welterweight and overall. Edwards, on the one hand, didn’t see it.

However, whether he agrees or not, Leon Edwards doesn’t hate Usman for the role.

“That’s all he says now, pound for pound. He doesn’t wear T-shirts anymore. He loves it. He wins it,” Edwards said. “I’m not going to sit here and hate him. Fair play.”