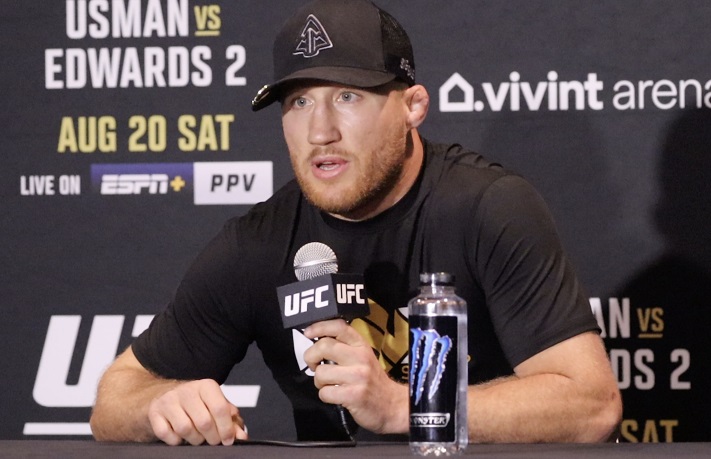 SALT LAKE CITY, Utah — UFC lightweight and former interim champion Justin Gaetje has been on the sidelines after losing to Charles Oliveira earlier this year.

It’s not entirely due to losses. Instead, Gaethje took time out to fix his nose, a problem that has long plagued him with his career. He told Cageside Press and other outlets at UFC 278 that the timing of his departure helps underscore that the MMA movement is “very fast and then very slow.” I really like both parts of this game. I had my nose fixed about five weeks ago, so looking forward to my food is something I really enjoy. “

Back in April at UFC 274, Oliveira’s fight was a novelty for Gaethje. “My last fight, Charles was brilliant, he hurt me a lot. He hurt me very early. I got really hurt after 10 seconds, maybe four after that. I felt like I never had in the cage feeling,” he said. “It’s just one of many things I’ve been battling against adversity.”

Oliveira’s strength clearly surprised the former WSOF champion, adding that it was “a feeling I’ve never had”. “Usually you get hit, call it a buzz, call it a flash. It’s more like my tongue just used a super-powerful battery, and my whole body — it’s crazy.”

After that experience, Gaethje is convinced that Islam Makhachev won’t simply walk through Oliveira when he meets at UFC 280 this October. The vacant title – Oliveira was stripped of the belt before her fight against Gaethje due to underweight due to the wrong scale – will be on the line that night. “I am 100% convinced that Islam will not rule Charles, that’s all.”

“I don’t know how to explain it, that’s how I feel. The last time I stepped in there with him – no way. It’s going to be a great fight. I wish I was there, I wish it wasn’t in Abu Dhabi, So I can be there. We have a treat.”