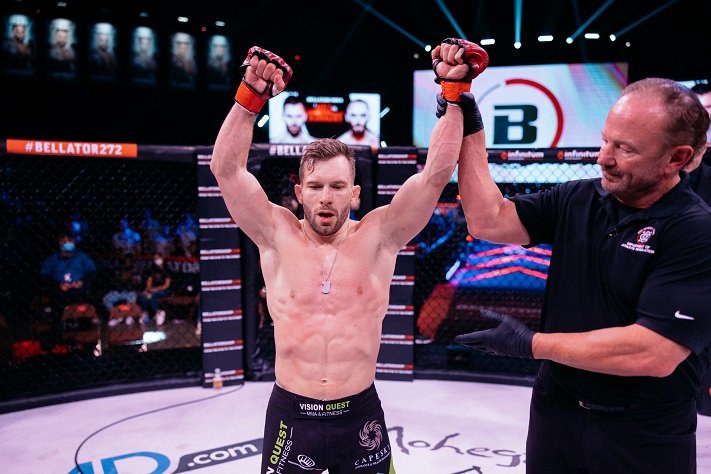 On August 12, Bellator bantamweight Josh Hill will take on the late reserve Marcos Breno at Bellator 282 as he looks for a winning streak.

The Canadian unfortunately missed this year’s Bantamweight Grand Prix because he contracted COVID-19 ahead of his scheduled wild-card qualifier against Enrique Barzola. In an interview with Cageside Press, Hill detailed his grief over the missed opportunity: “It was so bad, I was really upset. Gearing up, I just flew to California for camp and I was just starting to feel sick and thought” Omg, I might have the corona virus. “Certainly, it’s been two years and it’s finally made me understand.”

“I thought ‘OK, whatever you do in a week’, but it just lingered and it took me four weeks to get back to normal, so I couldn’t train and compete, especially against someone like Balzola. A guy with a good gas tank and a guy who keeps coming three rounds. It sucks, just the timing is not right.”

Despite being unfortunate enough to miss out on the Grand Prix, the 35-year-old admitted that he was very confident in his Bellator 282 with Breno thanks to his KO win over Jared Scoggins last time out. “When I land, especially with my right hand, I can get people out, especially after a loss to get back into that win column in spectacular fashion, against a tough guy, it’s a big confidence builder, I want to take advantage of it, bring it into this,” Hill said.

Hill’s only loss under the Bellator banner so far has been against current interim bantamweight champion Raufeon Stots. “The Gentleman” admitted that he will definitely keep an eye on the climax of the Bantamweight Grand Prix, hoping it may lead to a rematch with “Supa” Stotts.

“I’ve been following it, they’re in the semi-finals now, but if anyone pulls out, I’m in again. I like Stotts, he’s a good guy, we had a party after the last game, but he beat me , so I want to get a chance at redemption and beat him. If I had to choose someone to win it, I could see him win it now. In an ideal world, I would win this game and win another, maybe next year I can beat him in the rematch.”