Jose Aldo Believes He Should Already Be Fighting for Bantamweight Title 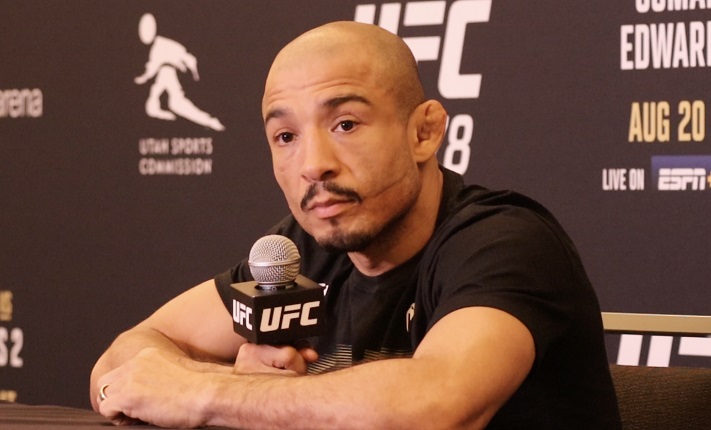 “Yeah, of course. I actually think I should fight for the title,” Aldo (31-7), now a bantamweight, told the media, including Cageside Press, during a media day at this week’s event. “I want to fight Arjo [Aljamain Sterling, 135lb champion]but apparently he wants [T.J.] Dilla Shaw. So I believe that if I win this match, I’m actually the next guy to fight for the belt. “

Of course, Petr Yan vs. Sean O’Malley is still waiting. Marlon Vera is knocking out former champion Dominick Cruz. But Aldo has already won against “Chito” Villa and seems to think that another victory over Dvalishvili is unnecessary, and will be necessary if it becomes a reality.

He also believes he will fight for the pound if all goes according to plan.

“For an option, I’d say Alcho. In terms of what he’s been through in his career, I think he’s probably fighting at a high level, and I think Dillashaw has had time when he’s not fighting,” Aldo said. Say. “So I don’t think it’s good for him. I just think, for now, the way Aljo is fighting, he’s the one who’s going to get it.”

Meanwhile, Merab Dvalishvili of Georgia, who even got into a feud with the former UFC and WEC champion, expressed surprise. In short, Devalishvili doesn’t think he’s famous enough.

“Someone has this admiration for me, and it’s a pride for me to have this recognition for what I’ve built in my career,” Aldo responded. “But no matter who the opponent is, I will always try.”

Of Mehrab, “It was an uphill battle. No one wanted to fight him,” recalls Aldo, whose immediate reaction to the match offer was “I’ll take it.”

Still, while Aldo was “very happy with what he said,” he added, “I’m going to follow him because on that particular night, each of us was fighting for something.”