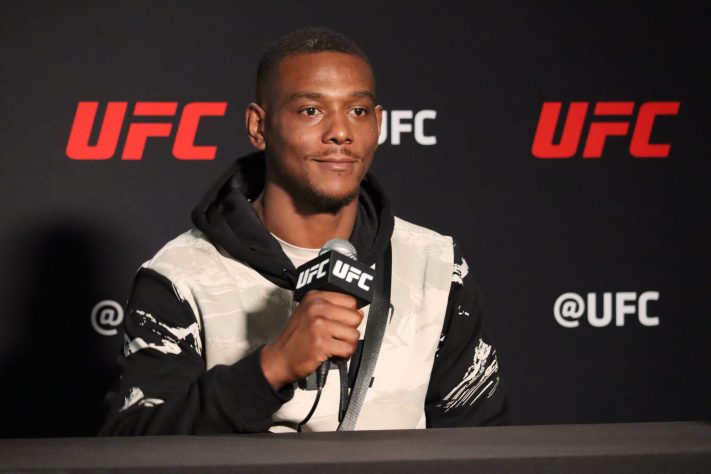 Since then, Hill has fought six times in the UFC, winning five of them and earning knockouts in all but his UFC debut. “Sweet Dreams” headlined his first UFC card in his final fight, beating Johnny Walker. He will face former light heavyweight title challenger Thiago Santos for the second straight game.

On Wednesday, Hill reviewed his time at DWCS and said he owes a lot to the platform.

“That’s all. I’m not here to talk to you guys; I don’t have these moments; I wouldn’t get these opportunities without the Contenders series,” Hill told Cageside Press during UFC Vegas 59 media day. “You know, I remember going through it all, and looking back now, it’s crazy. It’s like a visceral feeling, because it’s like wow, I showed up, I showed up, and I kept doing what I said what I would do.”

“Like bro, I used to sit and think and watch UFC. At three in the morning, my chest was pounding and tears were coming up in my eyes. Just walking, just pacing, bro, it was in my head. I can’t explain it. Like I really can’t explain it. Let it loop like this…it doesn’t stop there. It just starts here. And it’s happening.”

Watch the rest of the Jamahal Hill interview above. UFC Vegas 59 will take place on Saturday, August 6th at UFC APEX in Las Vegas, Nevada.