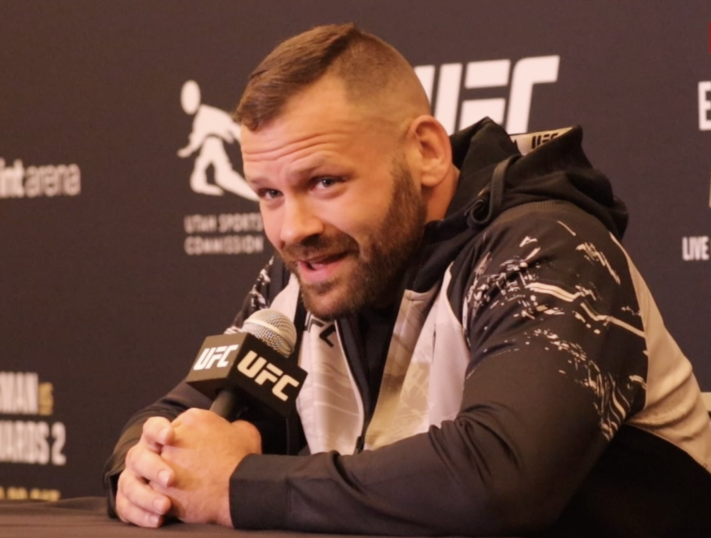 Hunsucker (7-5) bumped up to 205 pounds and even wondered why it took him so long to make the move.

“Listen, if I knew how easy it was, I would be 205 years old. Then again, you don’t hear much about me, but I always thought I could beat anyone. That’s why I didn’t cut The reason to get to 205, because I think I can beat everyone at heavyweight,” Hunsucker told Cageside Press in other media on Wednesday.

“My size doesn’t match my heart. My board has been stacked since my first Contenders series. 4 days notice to play (Tai) Tuivasa here. With the first in history Heavyweight heavyweights fighting to lose weight and people yelling at it, man? Seems like what’s funny?”

According to him, Hunsucker fought in Tuivasa for a short time because he was the only one who agreed to fight.

“No one in the UFC agreed to fight Tai Tuivasa. No one, but I did. I couldn’t fight Tafa and I could still go home with the same salary. I thought I could win,” Hunsucker said.

Hunsucker mentions that by his name, he’s easy to make fun of, but refuses to give the best pun he’s ever heard.

“I don’t know if it’s appropriate,” Hunsucker said with a smile.

“No, I’m not going to answer that. You don’t get that. I mean none of them are smart guys, they’re all junior shit and I can do better than some of the stuff I’ve heard in third grade stuff,” he said with a smile.

Watch the entire Media Day Scrum with Harry Hunsucker above. UFC 278 will take place on August 20 at the Vivint Arena in Salt Lake City.