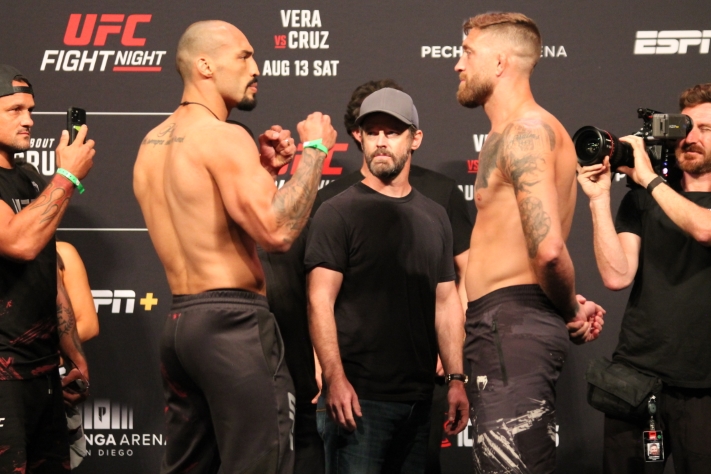 While “GM3” is ground savvy, Silva himself has a black belt in Brazilian Jiu-Jitsu and also brings knockout power to the formula.

Meerschaert was out early, kicking the ball and slipping the odd Silva attack. Silva pushed his opponent down, extending and finding his position with his jab. Meerschaert kicked the corpse; Silva then flashed a kick that landed right on the opponent’s chin.

With two minutes left in the game, Mershart finally brought the game into his cab, orchestrating a knockout perfectly and putting Silva on his back. Silva shuts down his back as Mershart elbows it up. Meerschaert posed, added another elbow, punched to the body, and returned to the elbow.

At the start of the second round, Silva fanned in the upper right hand. Meerschaert keeps moving outside again. Meerschaert kicked; “Blind” fired one shot, then two punches missed. Another landed, but Meerschaert lost his balance. Moments later, Silva nearly gave up his neck, but was pulled off before Mershalt could clamp it. Silva struggled with more body kicks this round, switching positions several times to avoid them.

The third saw Silva come forward again, trying to open up the situation. Meerschaert tied him up but couldn’t bring the fight to the ground. Meerschaert then showed that his hands were also heavy, crushing Silva with his left hand! Silva fell to his knees, Mershalt punched a few more times, then jumped on the guillotine and struck hard!