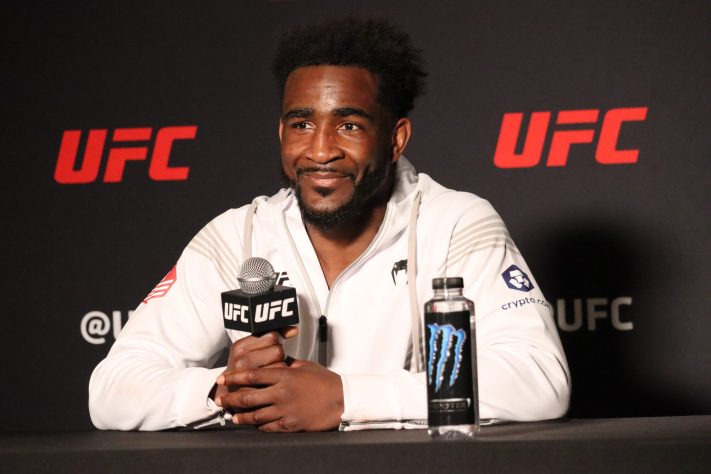 Las Vegas, Nevada — UFC welterweight Jeff Neal believes, as many have said, his fight against Vicente Luke at UFC Vegas 59 was the best performance of his career .

“I really think yes, maybe [the best performance]Mentally, I feel like everything is finally over this fight,” he told media including Cageside Press after the fight. “Everything was there. Kind of like it got there before the whole sepsis thing happened, and then it kind of fell off. Now I’m back on track. “

A few years ago, Neal (15-4) suffered from a near-fatal septicemia that resulted in congestive heart failure and kidney problems. Since then, “there’s been this fear of deflation, which is like, dying from being too tired, and I’m slowly trying to get over it,” he admits.

Hit in the second round against Luke. But, Neal also noted, “Physically, mentally, everything around me feels better than before.”

After the win, Neal called out another Brazilian welterweight, Gilbert Burns. When Neil stepped backstage on Saturday, “Dourinho” had already responded.

“I think Gilbert has a point,” Neal said, suggesting that Jorge Masvidal’s lack of activity might work in his favor. “I think [Burns] Tweeted something and he actually agreed, but it’s up to Jorge to accept the fight [with Burns] or not. But if Jorge doesn’t want to fight, he probably won’t, then Gilbert and I will fight. “

Finally someone called me out! About time!Congratulations @handzofsteelmma ✊🏾✊🏾 Let’s see if Jorge will show up! Otherwise we might dance 🤷🏾‍♂️🤷🏾‍♂️ #UFCVgas59

“It’s not number one. I don’t have any emotions [about it] Really, honestly. I’m about to go get something to eat, maybe a few drinks, and go home and get back to work. I’m happy, I’m happy with the win – I’m always happy to play knockouts, that’s what I like to do – but it’s not the end goal, it’s not the main goal. So keep trying until I get this belt. “