Gabriel Benitez Thrilled To Get TKO Win Close To Home 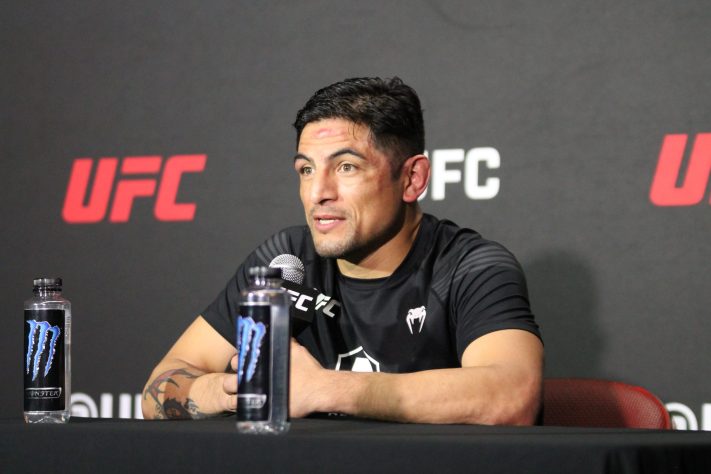 “Fighting near my house, Tijuana, I feel all the support of my hometown, right? I’m happy! I can’t say anything. I’m happy for the win,” Benitez said.

Lightweight is a difficult division to compete in, but Benitez believes he belongs in that division.

The fight went as most fans expected, with both throwing powerful shots but Antiviros throwing a lot of spin attacks that Benitez had to deal with.

“I know this guy has a bit of kickboxing style. Kind of weird, right? It’s difficult when you’re more of a striker and more technical. The guy kicks a lot, I expected it, but too fast. When I eat For a few moments, I didn’t feel much damage. Then when I started laughing, I would go forward,” Benitez said.

“I find it helpful to change the weight class. If I’m hitting 145, I might get dizzy or something like that.”

Share
Facebook
Twitter
Pinterest
WhatsApp
Previous articleFind Out Is Cherry Brooks Arrested Over The Murder Charges? Charged With Killing Antagonist In A Love Triangle
Next articleHow Did Ambrose Lee die? Cause of Death What Happened To Him?