Fight of the Year Contender Landwehr vs. Onama Lands Bonus 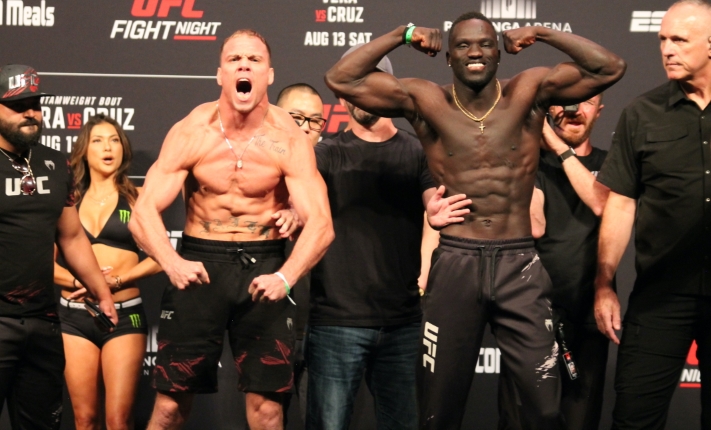 Not surprisingly, one of the best fights in recent memory — on a night with several intense outings — won UFC San Diego’s fight of the night.

At the end of the day, it will likely win the battle of the year.

The fight in question, the co-main event featherweight scrap between Nate Landwell and Dominic Cruz, was not for lack of effort, but distance. From the opening bell, Randwell, known as “The Train,” brought constant pressure, repeatedly hurting Onama. At times, he nearly drove Onama away, and it turned out that Onama not only survived, but thrived in the third and final round, hurting Landwehr himself several times.

Watching the battle unfold is like watching a movie, with countless momentum changes and both fighters playing in the crowd. In the end, two judges scored Landwell, while a third judge deemed it a tie, earning the former M-1 champion a majority decision.

On any other night, the UFC San Diego main event between Marlon “Chito” Villa and former bantamweight champion Dominic Cruz might have earned “fight of the night” honors. Instead, Villa’s header KO against Dominic Cruz in the fourth round had to be settled with a “performance of the night” bonus.

Another UFC San Diego Performance of the Night award went to Tyson Nam, who put Ode Osbourne with both hands in the opening round of a flyweight bout.