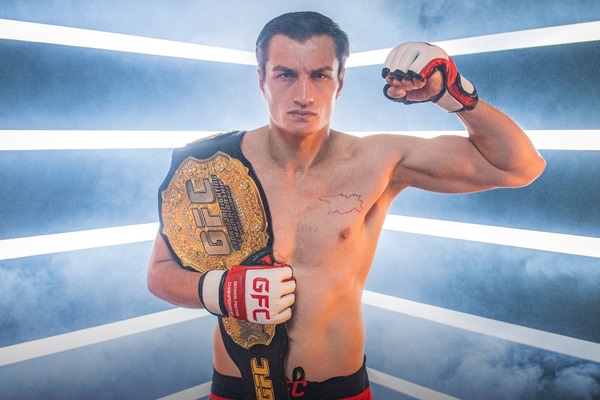 The first few seasons of Dana White’s Contenders series were largely domestic. The vast majority of fighters are from the United States and rely heavily on fighters in and around the Las Vegas area. Fortunately for the likes of Amiran Gogoladze, the collection has taken on a more cosmopolitan style of late. The Georgian will appear in the fifth issue of the season, hoping to get his contract.

However, even though the show has opened up to fighters like Gogoladze, the reality of traveling to the U.S. from around the world is still tough. As such, the 24-year-old will mostly be doing the trip alone.

“It was the first time I left Georgia, and I went alone because I had some problems with my corner,” Gogoladze said through his interpreter. “So when I went to America by myself, it gave me a lot of motivation.”

That’s not to say that Gogoladze won’t have any kind of corners. He relied on some of his connections and the goodwill of his countrymen to piece it together on Tuesday.

“I have a lot of friends in the U.S. — Georgia friends, and my manager — whose fighters would be in the corner with me,” he said. “But I hope the American fighters in Georgia can help me too.”

Despite these obstacles, Gogoladze knew he was made for this moment. With the highest possible confidence, he’s ready to not only win a big win, but to deliver a message to UFC bosses.

“When I go to Dana White’s [Contender] The series, where I fought and I won — I’m sure I’ll win this fight,” Gogoladze said confidently. “I’d go straight into Dana White’s eyes and say ‘Give me a fucking contract! ‘”

Gogoladze will try to take the contract home this Tuesday in Dana White’s Contenders series. He will play Darrius Flowers in the ESPN+ co-main event that night.

You can listen to the full audio of this interview at 30:12.