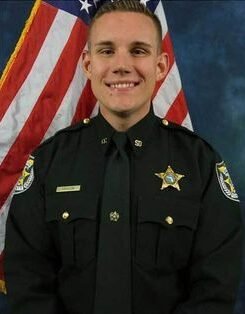 We are saddened to inform you of the death of Deputy Sheriff Christopher Taylor of the Charlotte County Sheriff’s Office in Florida. he died on Tuesday, November 22, 2022.

Deputy Sheriff Christopher Taylor was struck and killed by a drunk driver while conducting a traffic stop on I-75, south of US-17, at about 8:45 pm.

Deputy Taylor was transported to ShorePoint Health where he succumbed to his injuries. The other person who was struck suffered minor injuries.

The woman who struck Deputy Taylor had just completed probation for a prior DUI charge. She was arrested and charged with DUI manslaughter.

Deputy Taylor had served with the Charlotte County Sheriff’s Office for 15 months. He is survived by his parents and fiancée.

Feel free to drop condolence messages and prayers for the family and friends of the deceased, as it will go a very long way at this difficult time of theirs.