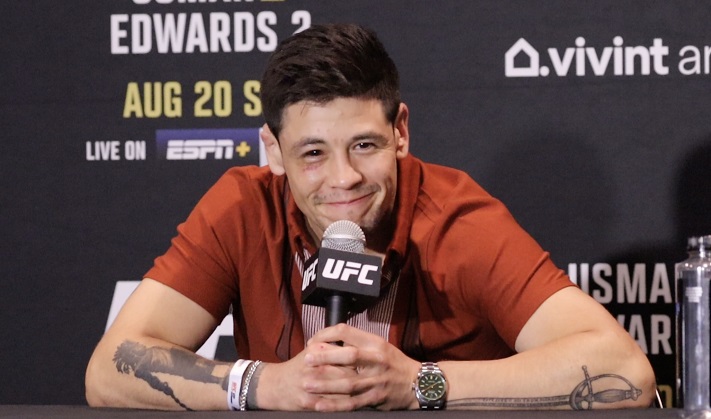 Moreno (20-6-2) won an interim gold with a third-round TKO Kaikara-France at UFC 277 in Dallas last month. The win essentially cemented a fourth fight against rival Deiveson Figueiredo; the pair’s career series is currently even 1-1-1.

Since defeating Kara-France, Moreno has appeared on the UFC San Diego Card, then stopped in Los Angeles before heading to Salt Lake City for UFC 278 this past weekend. Next, he will travel to Paris, France for his UFC debut in September, after which he will travel to emerging market Spain to promote. “It’s a new market for the UFC, but it’s a huge market,” the Mexican star told media, including the Cageside Press, at the Vivint Arena in Salt Lake City over the weekend. “Hopefully in the future they will focus more on Spain because, for example, I do podcasts in Spanish and a lot of people in Spain hear my podcasts.”

However, Moreno’s future may lie elsewhere: Rio de Janeiro, Brazil. The UFC has already announced their return to Rio in January, which is more or less in line with Moreno’s desire to return to action around the end of the year. The fourth game against Figueiredo in the Brazilian’s own backyard has Moreno excited.

“Let’s go!” he cried. “It’s like Rocky IV, man. I want to go to Rio de Janeiro now. First, it’s like ‘aww man’ because it’s hard to go to another far country, right? I don’t know, it’s like nine hours Flying, then different times, different food, when you go to a completely different country, it’s all very tough. But man, I don’t know. I just want to do positive things. Like right now, I’m happy I can go to Rio.”

Moreno knew the fans in Rio de Janeiro would be loud, chanting. And he seemed fine with it, again likening the fight to a movie showdown between Loki and Ivan Drago. “When people say Rio, I’m thinking of Rocky IV right now.”

Watch the full media brawl with Brandon Moreno at UFC 278 above.