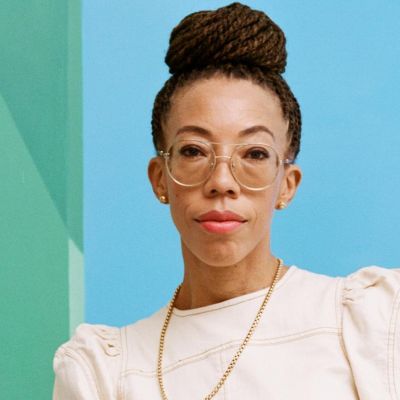 Amy Sherald Is a professional portrait photographer. She rose to fame for painting a portrait of former US first lady Michelle Obama. The artist is also believed to be the first African-American to create an official presidential portrait for the National Portrait Gallery.

Amy was born on August 30, 1973 in Columbus, Georgia, USA. She is African American and of American nationality. Her parents’ names are Amos P. Sherald III and Geraldine W. Sherald. Her father, a dentist, died of Parkinson’s disease in 2000. Likewise, she had a brother named Michael Sherard who died of lung cancer.

She was interested in art from a young age, but when she went on a school trip to the Columbus Museum, she discovered that art isn’t just something in a book or an encyclopedia; it’s real life. Then she decided to make her painting a career. Her parents had hoped that she would pursue a career in medicine. Educationally, Sherard attended St. Anne’s Pacelli Catholic School in Columbus. She then enrolled at Clark Atlanta University, but left after her sophomore year to take a painting course at Spellman College.

Also, in 1997, she received a BA in Painting from Clark Atlanta University. Sherald subsequently earned an MFA in 2004 from the Maryland Institute of Art in Baltimore. Grace Hartigan was an Abstract Expressionist painter who taught her the drip technique when she was a student at MICA. She also took drawing classes at the Central Detention Center in Baltimore.

Judging from her measurements, she is a beautiful girl with a stunning and cool personality. Amy Sherald is 5 feet 8 inches tall and weighs about 56 kg. She’s in great shape and has a great body. Her hair is brown and she has brown eyes. 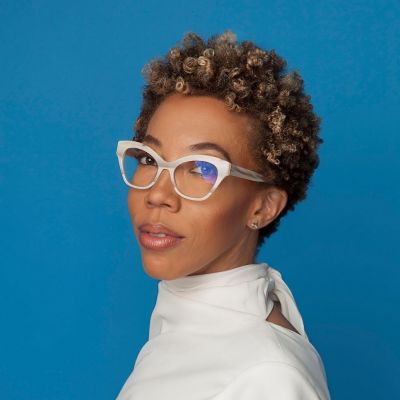 After completing a private study residence with Norwegian painter Odd Nerdrum, Amy did residency in Beijing, China and Oranjestad, Aruba in 2008. In 2011, she had a solo exhibition at the Sonja Haynes Stone Center at the University of North Carolina at Chapel Hill. Likewise, in 2016, she exhibited Miss Everything, a painting in which a girl might be dressing up, inspired by Alice in Wonderland.

Amy’s career took off when Michelle Obama selected her to paint her official portrait for the National Portrait Gallery in 2017. She has had solo exhibitions at the St. Louis Museum of Contemporary Art and Hauser & Wirth in New York City. Her painting “Equilibrium” is on display on the wall at the Parkway Theater in Baltimore. She has recently held exhibitions of works from Promise, Witness, Remembrance, Kentucky, and more. Sherald works at Mana Contemporary in Jersey, a former tobacco factory turned artist studio.

Who is Amy Sherald’s husband? Amy Sherald is currently enjoying a wonderful marriage. Kevin Pemberton became her husband. Kevin is a professor at Columbia University. However, there is not much information about their romantic life.