After Nearly 3 Years Away, UFC 283’s Daniel Marcos Making Up for Lost Time 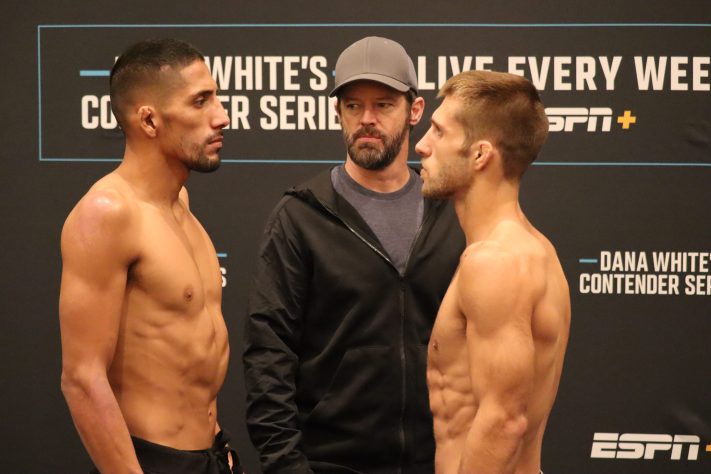 When the name of Daniel Marcos came up as a contestant on the latest season of the Contenders series, some would-be pundits had questions. With a plethora of deserving prospects dotted around the world, it seemed odd that a Peruvian boxer with a gap of almost three years would get a chance. He beat Brandon Lewis for 15 consecutive minutes, quickly proving any doubters wrong and earning himself a contract in the process.

This may come as a surprise to those who have only seen the surface of Marcos’ record, but he knows the work that goes into that moment and all the moments that come from it.

“I was not active, but I never stopped training. Everything stopped in South America, but I was a fighter. I was always hungry,” Marcos explained through a translator. “My dream is to be in the UFC, not only in the UFC, but to be a champion.”

He explained that the layoffs had nothing to do with injuries, but rather the severe restrictions on training and competition in South America. This became the catalyst for him to return to training in the United States.

“Throughout COVID, since it started, I was inactive for about two years until I finally went to the US to start my training camp,” he shared. “It was last January—I started training at American Combat Gym.”

After the move, he found the support of his new team allowed him to reach his highest level. Whether it’s the coaches and staff, or his new roommate Charles Rosa, Marcos knows his team is there for him.

With the right team behind him, things have changed, and Marcos is ready to make up for that time. He’s ready to prove to anyone in doubt that he’s real, and he’s here to make noise.

“That’s what I’m here for. This is just the beginning,” he said. “You can only expect great things from me.”

Marcos takes the first step toward those big goals this weekend when he takes on Simon Oliveira at UFC 283. The game will be played on ESPN+ Prelims starting at 6 p.m. ET.

You can listen to the full audio of the interview below at 28:35.