TREVOR Noah is a strong contender to replace James Corden, who announced his departure from The Late Late Show in 2023 after an eight-year run, according to a source close to the situation.

James, a London native, turned down a multi-million dollar deal to continue hosting the show in the United States in order to spend more time with his family in the United Kingdom.

The plan now is to shake things up and find new talent, with CBS reportedly eyeing Noah, 38, as his star rises.

Since 2015, The Daily Show on Comedy Central in New York has been hosted by the South African native, who is also a comedian and political commentator.

Prior to hosting the Grammy Awards, which aired on CBS, he was a guest on The Late Late Show. 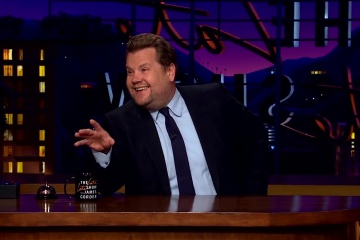 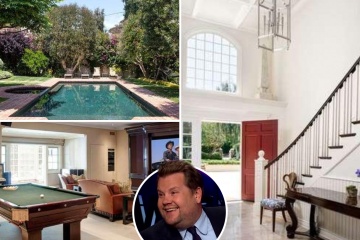 “Most of the crew found out James was leaving the day before everyone else,” a source told The Sun about James’ departure. “Everyone will be sad to see him go.”

“At the moment, the main name circulating behind the scenes is Trevor Noah; he’d be ideal and has plenty of experience.”

“James has another year left on his contract, and it’s unclear what Trevor’s current deal with The Daily Show is, but senior staffers have mentioned him frequently.”

Noah would have his work cut out for him if he joined as the main host or one of many, according to the insider, because James has taken The Late Late Show to new heights and has been a fantastic boss.

“He’s no Ellen,” they said, “but he’s loved by everyone who’s worked with him.”

“During the pandemic, he sent a lot of gifts to staffers and made sure they were all paid; he goes out of his way to avoid coming across as a jerk.”

The network is looking into a variety of options, according to the source, and it is still in the “early stages.” Insiders told Variety this week that the show may hire a number of hosts.

The network is “considering replacing Jame’s distinct program with a multi-host panel,” according to the outlet, which they claim is “a sign of how late-night is changing as viewers sample the best of the programs via social media rather than watching them in their wee hours’ time slot.”

Executive producer Ben Winston and his team at Fulwell 73 are “very likely” to stay on to develop the new show with talent, according to The Sun’s source.

“Ben is the real brains behind the operation and is currently taking Hollywood by storm,” they added, referring to his production of the new Kardashians show on Hulu.

Before James, three other hosts, Tom Snyder, Craig Kilborn, and Craig Ferguson, had hosted the Late Late Show format since 1995.

“There’s no greater compliment than a channel canceling a show entirely when a host leaves, let alone replacing a solo show with a panel format,” a source previously told The Sun.

“Talk about Corden’s shoes being too big to fill!”

“Leaving because I’m so immensely proud of the show has been a really hard decision,” James previously told Deadline. I’m ecstatic to be getting a one-year extension.

“I had planned on doing it for five years and then leaving, but I ended up staying.”

“I’ve been debating whether there could be another adventure for a long time.”

“While I was making this decision, my bosses at CBS were extremely supportive and patient with me.”

“There are still some things I feel I want to do,” James continued. I want to make an attempt at writing.

“I’d like to share a few [stories].” I want to see if I’m up to the challenge. It’s terrifying, which is exactly why you should do it. 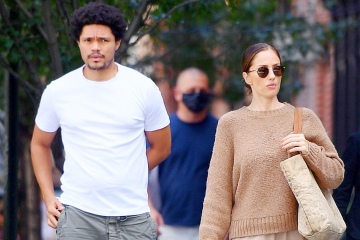 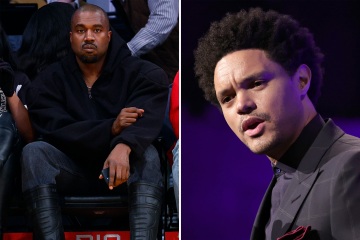 “I’ll miss the rush of thinking, ‘Next week, I’m going to jump out of a plane with Tom Cruise, or two weeks from now, we’re going to drive around the White House in a car with Michelle Obama, or sing Penny Lane with Paul McCartney as we drive down Penny Lane.’

“It has completely exceeded all of my greatest expectations for what it [the show] can be.”

“My goal is to leave the same way we came in: with a bang.”