After all of its restaurants were sold off, Russia renamed its McDonald’s chain after a ballistic missile that was used to blitz Ukraine.

The fast-food chain, which first opened in Russia 30 years ago as the Soviet Union crumbled, had 847 locations in the country until it was shuttered last month by the American conglomerate.

After being purchased by Putin’s friend Alexander Govor, former McDonald’s restaurants reopen today under new branding and ownership, ushering in a new era for the country’s fast-food fans.

The chain has been renamed “Vkusno i Tochka,” or “Tasty full stop,” in a chilling reference to the war, as it shares its name with the OTR-21 Tochka-U ballistic missile used by Russian troops in their attacks on Ukrainians.

The iconic Golden Arches of McDonald’s have been removed from the Moscow and St Peterburg locations that are being reopened. 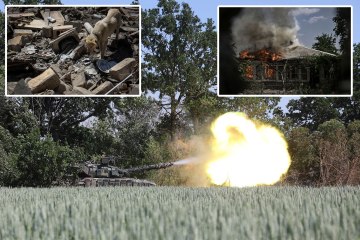 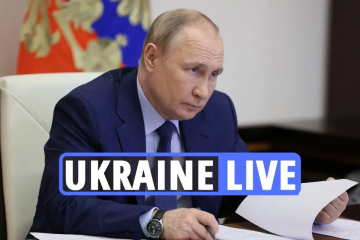 A new logo featuring two fries and a “red dot” hamburger patty against a green background has replaced the old one.

In Moscow and the surrounding region, 15 new branches will open their doors today.

On Russia Day, a patriotic holiday commemorating the country’s independence, the relaunch began at the same flagship location in Moscow’s Pushkin Square, where McDonald’s first opened in Russia in January 1990.

“The new name is Vkusno i Tochka,” the new group’s director-general, Oleg Paroyev, said. Our goal is for our guests to notice no difference in quality or atmosphere.”

At a press conference in Moscow, he said that another 50 restaurants will open across Russia tomorrow, with around 200 by the end of June.

After McDonald’s announced in May that it would sell its Russian portfolio of almost 850 restaurants, Russian businessman Alexander Govor, who had been a licensee, bought it.

Some popular items, such as the Big Mac burger and McFlurry ice cream, aren’t expected to be included in the new menu.

It was, however, a luxury in Russia at the time due to low Russian wages.

However, as Putin’s war raged on, the US behemoth abandoned its Russian operations last month, leaving Ukraine’s landscape littered with debris and a high level of bloodshed.

“The humanitarian crisis resulting from the war in Ukraine, combined with the resulting unpredictable operating environment, has led McDonald’s to conclude that continued ownership of the business in Russia is no longer tenable,” the company said.

When McDonald’s announced in March that its Russian restaurants would be closing, one distraught fan bought 50 burgers.

Others attempted to make money by auctioning off McDonald’s food.

Another enraged fan protested by chaining himself to a McDonald’s location in an attempt to keep it open.