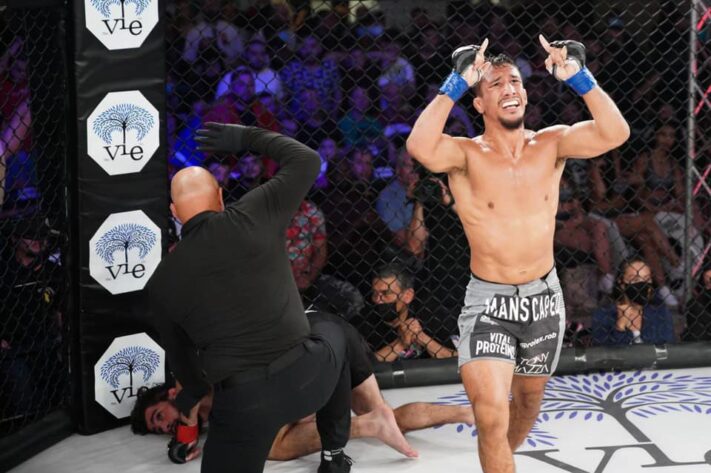 You may not know his name right now, but after Friday, Aaron La Farge is looking to get his name on the lips of MMA fans.

About a year ago, Lafarge (5-2) suffered a loss that saw him retire. He completed MMA at the age of 30. After a few months of reflection and really dealing with his emotions, he decided to put the sport he gave so much back into another game.

In his final bout, six months after his disastrous defeat, he defeated the much-touted Raz Bring for the SMASH Global flyweight belt. It was a huge win for La Farge, as the win convinced him he was one of the best 125s aside from a major upgrade.

Last week, La Farge wrote on Twitter that he was disappointed that he wasn’t getting enough coverage on his prospect list.

Disturbingly, I’m not on any foreground radar for any of these mma people. Fuel the fire 🔥.

Since his fight was on the UFC Fight Pass, he knew a win over Clark would put him in the spotlight.

“It’s the excitement. It’s everything you put in, it’s all the hard work. I’m ready to introduce myself to the world,” La Farge told Cageside Press in an exclusive interview. “A lot of people are going to see this fight…it’s one of the biggest flyweight fights outside of the UFC, so I’m excited about the opportunity. I really think I can show everyone my skills and really show my strength.”

La Farge loves this matchup and believes all Clarke has is wrestling.

“I personally like it. I think stylistically it’s been a really good game for us. Obviously I’ve talked to all my guys, my team and my coach – we really Loved the game…” Lafargue said. “He’s really one-dimensional. He’s just a strong wrestler. But, I mean, it’s something I’ve seen before. He’s really nothing spectacular, but I don’t underestimate him at all. But his sortie hasn’t even reached the [my last opponent]. “

A win over Clark could give Lafarge the CFFC title, which would do wonders for his career, and that’s exactly what the Californian is planning.

It’s all part of the journey from retirement to a potential CFFC title.

“I just feel like James is just a stepping stone to where I’m going. It’s exactly where I want to be on my journey, and I’m excited about that.”

Watch the rest of our interview with Aaron La Farge of CFFC 112 above.